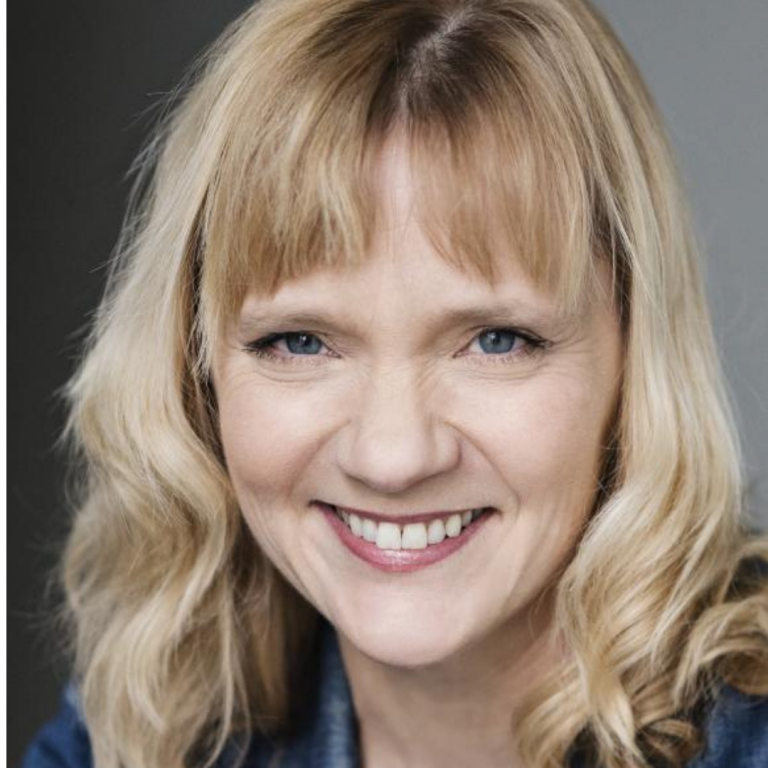 UK-born, Heather Coombs is an award-winning actor & filmmaker based in London. Heather went to Oxford University where she gained an MA in English at St Edmund Hall  & followed this with a Diploma in Acting at Drama Studio, London.

Heather’s recent credits include James Graham’s extraordinary & much feted tv movie Brexit: The Uncivil War playing the vital role of Sandra.  Brexit, starring Benedict Cumberbatch, won the Best Single Drama Broadcast Award & was nominated for the Best Television Movie Emmy, BAFTAs, Royal Television Society, Gold Derby & other Awards. Among other recent credits are The Nevers, Hanna, Call The Midwife, Silent Witness, Back To Life & This Is Going To Hurt as well as various features including Mari & ENCOUNTERS. Current shorts include Crashing & Upstairs – both hugely successful festival films. Her favourite voice role to date is Felicity Flitt in all the Wallace & Gromit Grand Adventures video games. She has also enjoyed a long & varied stage career with companies such as Giants & Proteus. She is represented by Inspiration Management.

During the Covid Lockdowns in 2020 Heather made Troll written by fabulous writer Annie Fox. Heather produced, shot & edited the film in her own house with what she had around her & the people with whom she was isolating. She also played Carol, the protagonist in the film. TROLL was Heather’s directorial debut & the film has won accolades from around the world, including the Grand Jury FFTG People Choice Award 2021 & the Best Monologue Award at PaperScreenPlay. It was also nominated for Shorts Best Actress (Maverick Movie Awards), Best Debut Female Filmmaker & the FFTG 2021 Spirit Award. Winning the People Choice Award led to her invitation to join the We, The Chosen Ones 2022.

Heather is passionate about films & film-making. As a filmmaker herself, she appreciates how much effort is put into each & every shot. For several years she has been a Drama Judge for the well-respected WOFFFestival. She looks forward to this new opportunity to discover films from around the globe as part of a diverse panel of industry professionals. The festival world can be opaque & off-putting however FFTG’s exciting & inclusive mission offers opportunities for all to tell their own stories. Heather is looking forward to all your stories.