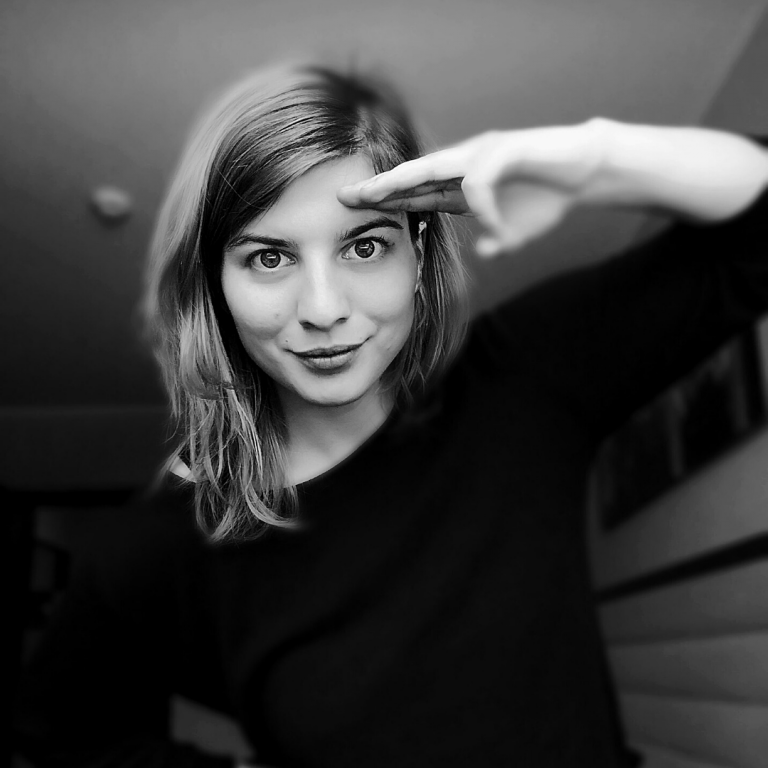 Diana Iacomir is a cinematographer based out of Bucharest, Romania. Diana has donned several hats including as cinematographer, editor and director on various projects. The first film, “7 sharp” is a black and white film shoot on 16mm film. The second film as a cinematographer was Objects in the Mirror Are Closer Than They Appear. The first feature film that she worked as a director of photography is Omega Rose, directed by George Dorobantu. Diana has worked on various commercial projects for clients such as Zurli, LIDL, Penny, Selgros, Metro, Hornbach, Mandy, Saga Film Production, Grup Feroviar Roman (GFR). The most acclaimed commercial was a short film “Operation Blue Sky” made for Kaspersky Lab, where Diana was the cinematographer and the editor. She has filmed and directed music videos for Supermassive, Bodark, Claming Apollo.

In 2020, when the world stopped and the cultural and artistic segment in Romania had to suffer because of the Covid-19 pandemic, Diana produced, written, directed, filmed it and edited Strawberry Espresso, a story about Luca (played by Andrei Marius Barbu) discover how reality can’t really reach his own expectation. Strawberry Espresso travels the world through film festivals, including FFTG Awards where she received The Best Debut Short Film Award for Best Director, Best Editor, Best Actor and Best Actress.

In the last two years, Diana worked on a feature documentary film “The Right to be forgotten” produced by Axis Media Production, written and directed by Adina Sadeanu. Diana has been very involved with NGOs (Carpaterra NGO, Mezocarpathia NGO, Theatre for All NGO, Gala of the Young Amateur Actor, Youth Theatre and Film Festival – FesTin, Ad-hoc Youth Theatre Group). She graduated with a degree in Cinematography at Film and Theatre National University “I.L. Caragiale” (UNATC) in Bucharest and founded Vislandia, a cinema and media production company. In her spare time she writes, draws, paints, teaches teens about painting, image philosophy, theatre and film.

For Diana being a “chosen one”, in the We, The Chosen One’s initiative, means getting in touch with stories, making worldwide connections and paying it forward for future filmmakers.