A homeless woman fishes on a pier and must make a vital decision for survival…Bases on the writer’s true experience of homelessness.

Emma wrote the script based on her personal experience of homelessness and sought a way to explore this issue through the female lens in an experimental way. It comes from a place of regional female identity and working class womxn voices. Jigging refers to a specific type of fishing found on the Norfolk Coast, whereby one dangles bait at the end of the line over a pier edge. When the crab snatches the bait, it ‘jigs’ up and down as it is pulled up. Our character, ‘jigs’ on her pier for food and companionship and her world becomes a savage place.

Emily was grateful for the opportunity to support Emma’s vision on Jigging and to center the story of a woman experiencing homelessness. Emily currently lives in London, where she makes films and narrative-based music videos. 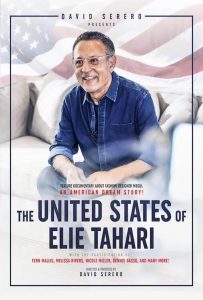 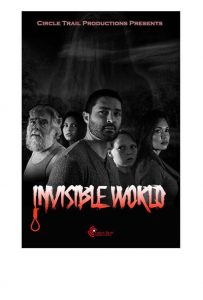 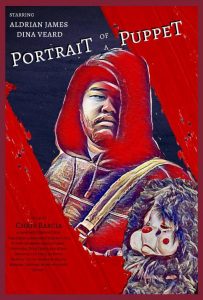 Portrait Of A Puppet 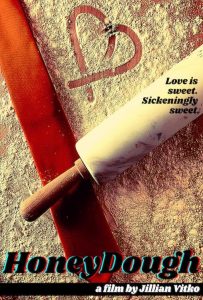 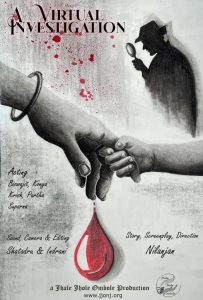 Emma Zadow is an actor/writer. She is a Fresh Ink Screenwriting Mentee with Last Conker. Her first short film as screenwriter/actor, was selected for Cinemagic Film Festival, Lift-Off Global Network, Craic Comedy for the Mind, HER International Film Festival & BFI Christmas Festival. Her plays are published with Renard Press. She is Soho Theatre Writers Lab Alumni, Mercury Playwright Lab 2022 and trained at Rose Bruford Drama School.

Emily McNey is a filmmaker born and raised in the western United States. After leaving her small town of just 200 people, she studied theatre performance and narrative film directing at university. Her summer film project, Waiting, was nominated for Best Fiction Film at the Final Cut Film Festival. She has also crewed with the Sundance Directors Labs and worked as a jury member for the Lift-Off Film Festival based at Pinewood Studios. Her projects often feature female leads and aim to explore women’s experiences with complexity and authenticity.